In nearly every episode of PROPER Doctor Who there will be one or more scenes which take place within the control room of the Tardis. Unless, of course, the Time Lords have changed the dematerialisation code, rendering the Tardis inoperable, in which case you’ll probably spend more time pottering about in a UNIT lab…

So, in order to continue to provide the TRUE adventures of the 13th Doctor, I do, of course, need a suitable “set” of my version of the 13th Doctor’s Tardis control room, which I did state I would probably need at the end of my previous post.

As discussed in the comments section on that post and having researched the various iterations of the Tardis control room over the years, there are certain constants – the main control console is hexagonal in shape and the illuminated Time Rotor rises from the centre of this, sometimes reaching as high as the ceiling; the control room itself is usually oval or circular in plan and has at least two doors, one leading outside and one leading further into the Tardis interior; and, finally, there will be circles or roundels somewhere within the control room, either as decorative panels, light fittings or as part of the structure itself.

The control room also usually reflects the personality or style of the Doctor who uses it, so in order to build a suitable control room, I need to know what sort of person my 13th Doctor is.

We’ve had a brief taste of his personality in his first outing and, from there, we know what his outfit/costume consists of, which, until I’d finished painting him, didn’t realise was very similar to the outfit that the Master wore when “hiding” out as Professor Yana… 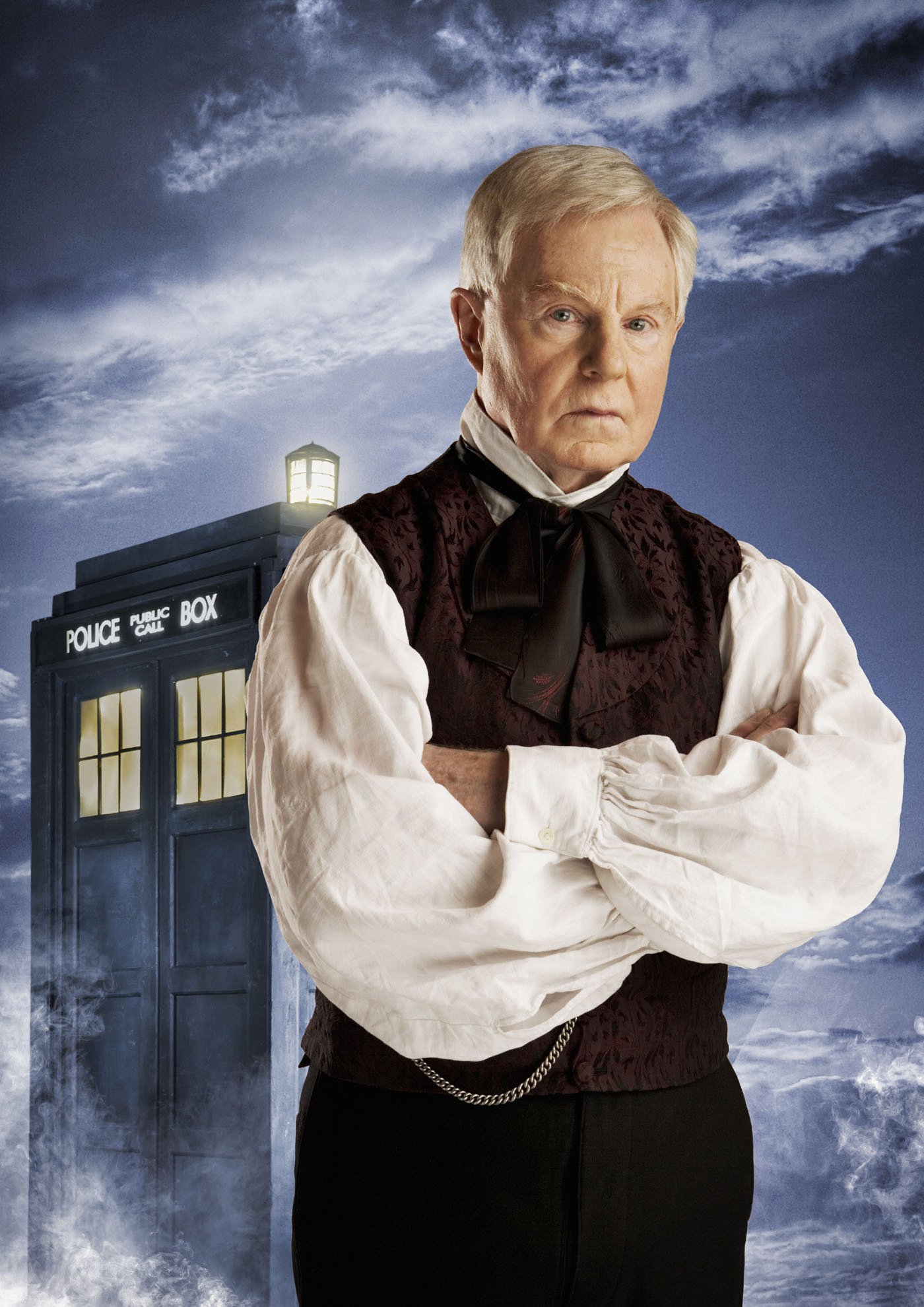 Which means that you could use the Crooked Dice figure as a 28mm version of the Master who was involved in the Time War, until he fled to the end of time, with a suitable paint job and the addition of a cravat…

Moving back to my 13th Doctor, as his style is somewhat Victorian/Edwardian, based as he is on Rod Taylor’s portrayal of the time traveller in the 1960 version of The Time Machine, I was thinking something in walnut and brass for his control room.

Roger did suggest in the comments of the previous post that the secondary control room, used by the Fourth Doctor between The Masque of Mandragora and The Robots of Death, might be a possible contender;

Now, there are certain elements of this design I like, but also parts that I don’t, but it did give me a starting point with which to start designing my control room.

Having got a rough idea of what I was going to do, the next thing was to look at what ‘bits’ I had knocking about that could be used. A thorough search through the ‘box of bits’ that every wargamer/modeller has, turned up the bottom part of the Oreo style Heroclix base with the knurled edge and a transparent pen lid approximately 40mm long.

A suitably sized hole was drilled into the base and the pen lid glue into place, to serve as the base for the control console, like so;

The bottom half of the pen lid is a little scratched, hence the slightly milky looking nature of it, but as this will be painted AND beneath the console itself, this isn’t a problem.

The next problem was how to construct the remainder of the Tardis… which was when I remembered a website I’d previously visited a while ago that might be able to help.That website was Action Figure Theatre, created and run by Philip Lawrence.

What Mr Lawrence has done is to create Doctor Who fan fiction in the form of illustrated photo-strips, using the 5″ Doctor Who action figures brought out by Character Options.

More importantly for my purposes, he has created papercraft ‘sets’ for his stories and these can be found and downloaded as JPEG’s from AFT’s Download site.

But is doesn’t stop there. There are also sets for the Torchwood hub, Bannerman Road from The Sarah Jane Adventures, the interior of the Enterprise from Star Trek (Keith take note), Indiana Jones-inspired sets and a section of generic places, such as sewers, Victorian house interiors, spaceship interiors, etc.

Now obviously, as all these sets are scaled for 5″ (or 3.75″) action figures, you may be wondering why they might be of use. Well, as each page is a JPEG file, this means that once they are downloaded, they can be resized, cropped and generally fannied about with just like any other digital image.

So, if you were, for example, to download some of the wall panels from the fouth Doctor’s secondary control room, the floor and console from the Eighth Doctor’s Tardis and a few pieces of suitable furniture from various other sets, import them into Microsoft Word as pictures, then spend some time getting them right, you might end up with the components for your very own custom Tardis control room, printed out on to card, ready to be assembled, like so;

That’s all for this post, but join me next time, when we should see some progress on May’s monsters, along with (hopefully), the completed Tardis control room.

15 thoughts on “Bigger on the Inside”