Then came The Sontaran Experiment – whereby I bought some of these commercially available figures, assembled them and then ‘Jezzed’ them up a bit…

Now comes The Sontaran Solution – where I finish off the necessary tweaks to make them look like Sontarans and slap a bit of paint on them to see what the best colour scheme is.

But first, it’s the Eighth Doctor…

As mentioned in the last Forgotten Heroes post of this year, I wasn’t entirely happy with either the Eighth Doctor’s hair or waistcoat colour, so whilst I had the paints out, I decided to rectify this. Much better now, in my opinion.

Now, on to the Sontarans…

So, having decided that I was going to attempt to make recessed eye-holes in the Sontaran helmets, I dug out my soldering iron… which is, in fact, a wood-burning iron from a pyrography kit, which means that it’s slightly smaller and has a finer tip.

Using the left over bits I’d saved from my cutting of the domes, I tested the iron out on the plastic, to see if this would work before applying it to the models themselves. I also managed to apply the iron to my finger whilst doing this, which resulted in a nasty burn and the offending tool being called a Motherfucker…

Satisfied that it would work and that the holes created were of the right size, I went to work on each model. However, as the bare plastic was white, it was quite difficult to judge whether the rim of each eye-hole was flush with the dome surface or not.

Once I’d finished burning things, each model was given a base coat of Docrafts Dark Grey, which is more of a light grey, followed by a cost of GW Chainmail on all weaponry. And this was the result;

This highlighted (literally) a problem with using a soldering iron, in that each eye-hole had a pronounced rim, where the melted plastic had pulled out when the iron was removed, leaving them looking like the had bags under their eyes.

Out came a sharp craft knife and my needle files, to smooth down the ridges and bore out the holes a bit more. Once this was done to my satisfaction (and the helmet ridges superglued back into place, as each one came off when tidying up the fronts), I went online to look at the general colour schemes used by the Sontarans in their televised appearances.

I decided to go for grey and blue, echoing the more recent iteration of this race, so main body of each model was given a coat of GW Corax White, which I have mentioned before is actually a pale grey. The helmets and pauldrons were then painted GW Enchanted Blue.

Whilst the images I’d Googled initially showed that this was the only variance in colour on the newest version of the Sontarans, I felt this looked a little…bland, so the hip armour was painted in as well. And this is where we have gotten to so far;

This is the leader, as he is armed with a laser pistol and swagger stick.

Two of the rank-and-file Sontaran troopers, armed with laser rifles;

And the five Sontaran squad; leader, three troopers and a heavy weapons guy, with shoulder-mounted BFG.

Whilst I’ve been mostly successful with tidying up the eye-holes, there is still a little roughness to the front of each helmet, which I am going to attribute to “battle damage”, so I’m not overly bothered by it, but if you’re trying this for yourself, a pin vice and suitably sized drill bit would probably be a better way to do this.

And to provide a sense of scale, here’s a Sontaran trooper threatening the Eight Doctor… who seems entirely unconcerned – possibly due to the half-consumed bottle of red wine he’s holding.

Pretty happy with how these have come out and it will just be a case of finishing them off. Weaponry will receive a wash of Docrafts Noir, with the remainder of the figure getting a wash of GW Marine Dark Blue. I think I will probably add some detailing to each gun and will paint in the belts, as I have now double-checked the uniforms and the belts ARE actually blue. The belt buckles will be painted in yellow, mimicking the colour of the symbol on the interior of Styre’s scout ship from The Sontaran Experiment; 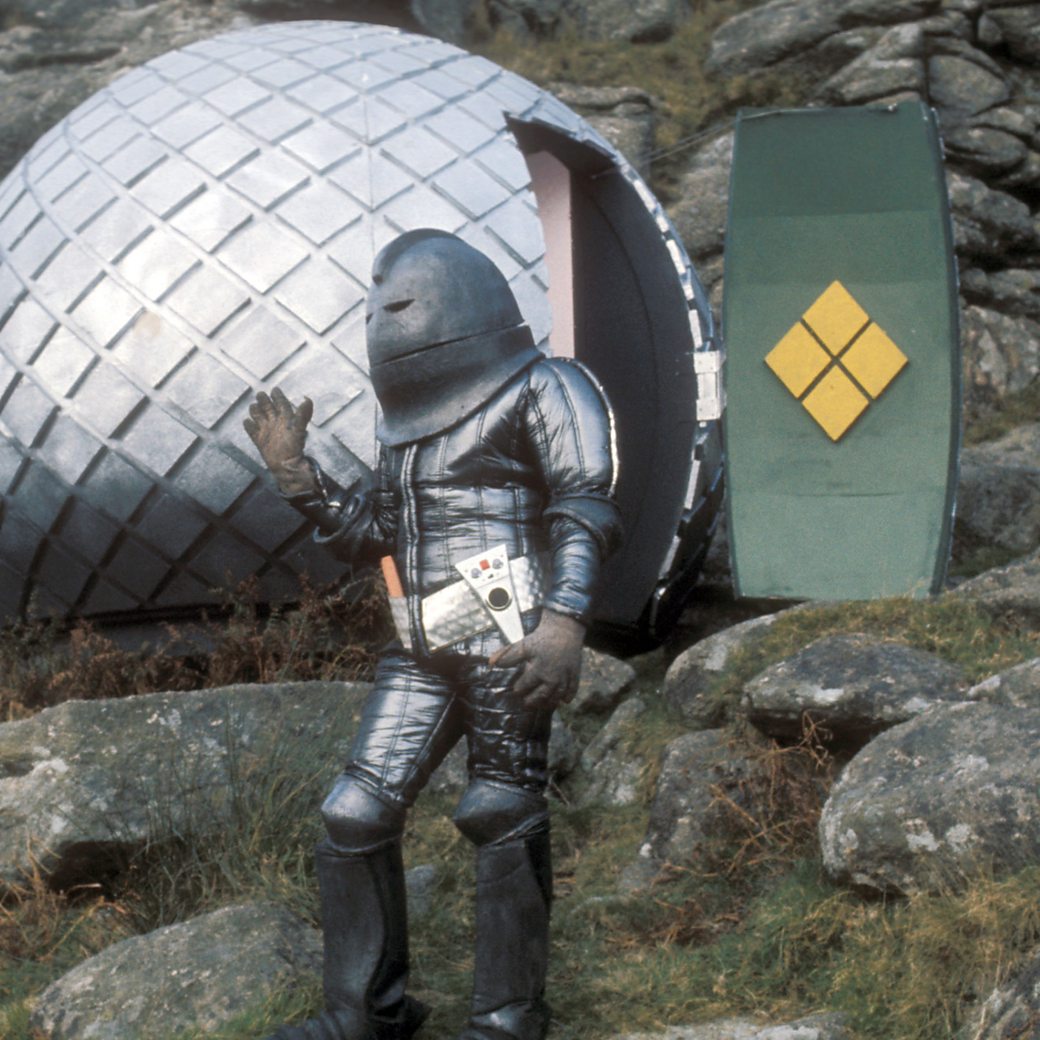 However, I won’t attempt the cross, as it might just end up making them look like they’re members of the X-Men…

14 thoughts on “The Sontaran Solution”