“The Wendigo was gaunt to the point of emaciation, its desiccated skin pulled tautly over its bones. With its bones pushing out against its skin, its complexion the ash gray of death, and its eyes pushed back deep into their sockets, the Wendigo looked like a gaunt skeleton recently disinterred from the grave. What lips it had were tattered and bloody. Its body was unclean and suffering from suppurations of the flesh, giving off a strange and eerie odor of decay and decomposition, of death and corruption.”

I think Basil conjures up a rather eerie description of the Wendigo – and one I shall be using when I paint up this chap;

Ordered from Paragon Star on Wednesday, confirmation of shipping sent on Friday, turned up this morning. Not a bad turn around, all-in-all.

“But Jez,” I hear you cry, “what’s the figure actually like?” Well, I have to admit to being somewhat impressed.

Those of you who have ever ordered or bought a 3D printed piece of terrain or figure will know that the process, no matter how high-spec the printer, always leaves striations or lines on the figure. The lower the specification of the 3D printer, the more obvious and raised these layer lines are. The advantage of resin printing (says the 5-minute Google “expert”) is that each layer is made from liquid resin, which remains liquid until such time as it is cured under UV light. What this apparently means is that there is no obvious layering and the surface of the miniature is smooth, similar to resin miniatures cast in the traditional way.

So, as you can see from the pictures, the surface of the figure is remarkably smooth and pretty well-detailed. As I picked a figure that has not got a particularly textured surface, I cannot really comment on how well this process depicts fur, chains or wood, like some of the other figures produced by this company.

The resin used seems similar to other modern resin figures I have, being a little flexible, non-brittle and with no noticeable odour.

I only have one very minor complaint, in that the figure I received had a crack in the base, running from the front right of the base for about 15mm towards the centre. Not enough to jeopardise the integrity of the figure and easily filled, but just a small niggle.

To be honest, looking at this particular figure for any length of time, does kind of remind me of the character of Jon Talbain, the werewolf from the Darkstalkers video game; 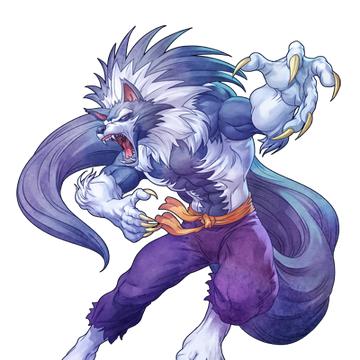 However, I don’t think I’ll be replicating this colour scheme.

Weirdly, this figure has tiny wee legs, although they are split like the arms, so forked four legs.

Now, I ordered the 40mm base version of this figure, which means that that from base to horn-tip, this beastie is 70mm tall. Which makes it quite imposing when compared to a standard 28mm figure, like the 13th Doctor below;

“Legend of the Algonquians? I think you’ll find it’s ACTUALLY an alien. Trust me – they all turn out to be aliens in the end…”

Now, how does it compare size and cost-wise with other manufacturers’ products?

In the picture below, we have a Graveyard Golem from the Reaper Bones range in their polymer plastic on the left, at approximately £5.00. In the centre, the Paragon Star Wendigo in their printed resin, at £7.69 and on the far right, The Strawman from Crooked Dice (sans arms, as I’ve not yet assembled him yet) in normal resin, at £15.00.

Once the Wendigo realised that the “Strawman” was actually made from Shredded Wheat, it ate its arms…

If we compare the three, the Reaper Bones figure (and by extension Nolzurr’s Marvelous Miniatures) will be the cheapest option for your big monster needs, but not by a great margin. Normal resin figures will usually be about twice the price, but I would hazard a guess (purely based on the figure I chose) that the intricate detail of a sculpt may be better.

However, the BIG advantage of the resin printed figures is you can choose what size you want. I went for a 40mm diameter base, because I calculated that this would be the “correct” size for this monster. As there are 8 size options, going from 30mm up to 150mm diameter bases and the largest size is £29.99, I think it’s a cost-effective way to get a specific monster at exactly the size you want. 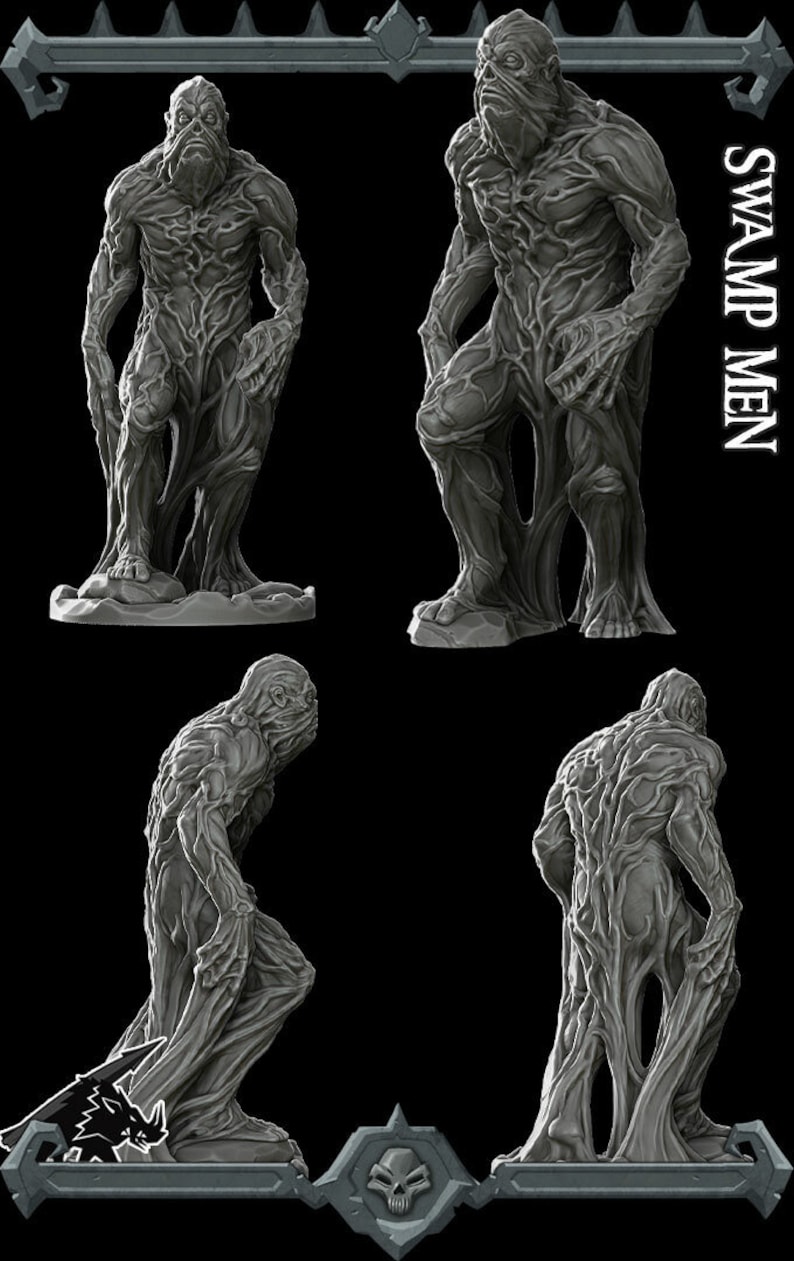 After my last post, The Doctor and the Crow, it occurred to me that whilst I did want to post reviews of tv shows, movies and books, this blog wasn’t really the ideal platform to do so.

So rather than interrupt the regular (or semi-regular) posts regarding my exploits in the wargaming hobby arena, I’ve decided that a separate blog should be created that will just feature the content noted above.

It’s called Corvuscope – which roughly means “What the Crow saw”. I know it’s not 100% grammatically or linguistically correct, but Corvuscope sounds a bit cooler than “Visum Corvus”.

Just an introductory post on there at present, explaining the purpose of the blog and not currently searchable via Google – it takes a while for it to pop up on the search engine – but once it does, it will probably be the first choice, as my previous search on this name only came up with two results.

So, if you are at all interested in my views on those fictional worlds that are created on the big or small screen or within the pages of a book, join me over there, where I will give my considered and honest opinion of them, in my own inimitable style.

You may agree, you may disagree, but hopefully you’ll find it entertaining and it just might point you in the direction of something you haven’t heard of and encourage you to give it a try.